A Theodore Bezaire Production, in association with Stained Tie Films
Produced with the support of Bravo!FACT
Comedy
8 Minutes

Logline
A young professional women tries to decide whether or not to break up with her boyfriend because he doesn’t “like” any of her social media posts.

Synopsis
Courtney and Ronnie have been dating for almost a year and it’s going great…except for one thing, Ronnie hasn’t “liked” any of Courtney’s social media posts. Worried, she sits down with her best friend Denis to discuss the problem. Courtney recounts her relationship with Ronnie over a series of social media posts, and tries to decide whether or not she should break up with him. 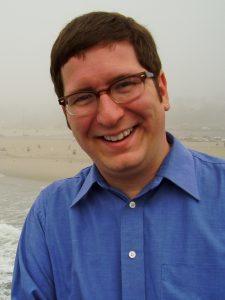 Theodore has worked with various reputable organizations such as — CBC, Corus Entertainment, CMPA, Bravo!FACT and TELEFILM CANADA.   His short films have found success around the world.  Of note, PRIA has won numerous awards including the Audience Choice Award at both TIFF Kids in Toronto and the NBC Universal Comedy Short Cuts Festival in Los Angeles.  His Bravo!FACT short TOMMY won the A&E Filmmakers Award for BEST FILM at the NSI Canada Film Festival.

THINGS TO DO, Theodore’s debut feature film premiered at the Slamdance Film Festival in Park City Utah to sold out crowds and rave reviews. It went on to have a theatrical release in select US cities and was a part of Mongrel Media’s Festival Collection — it is now available worldwide.

Theodore was born and raised in Windsor, Ontario. He currently has numerous projects at various stages of development.

Scott Anthony Cavalheiro is an actor, writer and producer from Bradford, Ontario, Canada. Born to a Portuguese father and a Slovak mother, at a young age Cavalheiro developed an admiration for culture and the arts with monthly trips to Toronto to watch a matinee, Mirvish production, followed up with a stop in little Portugal. In his teenage years, when he wasn’t glued to re-run’s of In Living Color and SNL, he spent his days in front (and behind) the camera, creating endless short films and sketch concepts. After a completing a Neuro-Psychology degree at York University in Toronto, Cavalheiro returned to the arts to work in film and television, where he spent several years at both The Bad Dog Academy and The Second City (Toronto) developing his skills in improv and sketch writing, while simultaneously expanding his dramatic abilities through Meisner and Strasberg training. Since than, Scott has landed guest starring roles that include Man Seeking Woman (FX), Flashpoint (CBS) and Lost Girl (Syfy), while playing recurring characters in Scare Tactics (SyFy/Comedy Central) and Satisfaction (Lionsgate/CTV). Recently he plays the series regular, Daryl, in the up-coming comedy What Would Sal Do? (Superchannel). Scott’s film credits include supporting roles in The Birder (Tom Cavanagh, Fred Willard), Love Of My Life (John Hannah, Anna Chancellor) and On The Twelfth Day of Christmas (Brooke Nevin, Robin Dunne). Cavalheiro also is an avid writer and film producer, where his two recent projects, The Epitaph (Kris Holden-Ried, Adrian Holmes, Scott Cavalheiro) and Love In The Age Of Like, have been graciously funded by the BRAVO network. 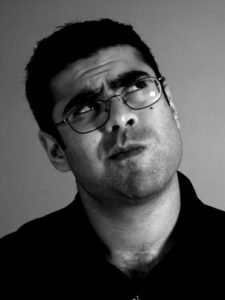 Amarpal Dhillon is a writer and graphic designer born in Halifax and now living in Toronto. He has written scripts for the CBC as well as Bravo. When not writing, he is busy working as a graphic designer for various advertising agencies in the Toronto area. Amarpal is currently in the process of writing a feature film as well as launching a boutique poster company. 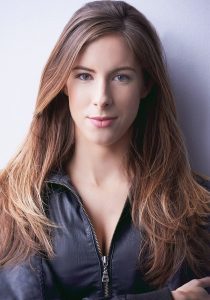 Claire Stollery is an up and coming actress, comedian, writer and producer from Toronto, Canada. She currently is a recurring on CBC’s ‘Rick Mercer Report’ and starred in ‘A Very Office Christmas’, which was screened at the LA New Filmmakers Festival. She can also be seen in CTS’s family movie, ‘Summer Camp’ and guest starring in FXX’s new hit TV series ‘Man Seeking Woman’ as Jay Baruchel’s girlfriend, Rachel. This summer she filmed the feature film ‘Goon 2’ as Janice, directed by Jay Baruchel and starring Sean William Scott, Allison Pill and Elisha Cuthbert.  Quickly becoming one of Canada’s talents to watch in front of and behind the camera, Claire wrote and produced the comedic web series ‘Out of Work’. ‘Who Is Hannah’ will be the first film Claire has written and executive produced.

As a standup comedian, Claire has performed on stages across Canada and the US, as well as the UK and Australia. She earned a nomination for the 2013 Fresh Meat of Comedy Award, and recently finished her east coast tour of Canada and the US. Claire’s has appeared on Cosmo TV and MTV, and performed at Toronto’s NXNE comedy festival. 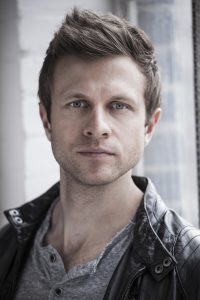 Jamie is an actor based in both Toronto and Los Angeles. He has been in numerous television series and films ever since graduating from the reputable George Brown Theatre School in 2006.

His foray into the business was starring in the Emmy nominated movie The Memory Keeperʼs Daughter with Emily Watson and Dermot Mulroney. Jamie has had some film festival favorites along the way including: A Fish Story, And Now a Word from Our Sponsor opposite Parker Posey and Bruce Greenwood and most recently he starred in The Birder alongside Tom Cavanagh and Fred Willard, a comedy just released on DVD.

Jamie has also appeared on a number of shows including: Suits, Flashpoint, The Transporter, Being Erica, Republic of Doyle, Murdoch Mysteries, Good Witch and is currently filming season three of Hard Rock Medical where he plays one of the lead medical students.

-This is the second time Theodore Bezaire and Amarpal Dhillon have worked together. Amarpal also wrote Theodore’s short film PRIA, which went on to screen internationally and win various awards.

-Scott Cavalheiro who is a co-producer on the film, as well as playing the role or Ronnie, appeared in Theodore Bezaire’s feature film THE BIRDER starring Tom Cavanagh and Fred Willard.

-The idea behind LOVE IN THE AGE OF LIKE is loosely inspired by director Theodore Bezaire’s wife Stefanie, who used to be very reluctant to “like” any of his social media posts.

-Was filmed over the course of 2 days, mainly at the Seesaw Cafe in Toronto, and on Angus Glen golf course in Markham, Ontario. 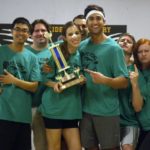 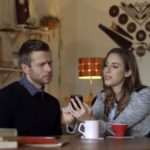 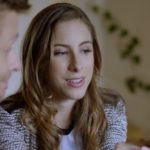 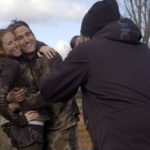 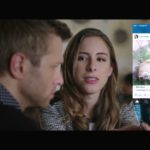